I was never big on shopping on Black Friday. I don’t think it was just because I was a retailer. Many of my staff would be up before dawn hitting all the sales before coming in for their shifts. I knew other retailers who would also hit the streets looking for early-bird deals. Since I wasn’t a bargain hunter in general, it wasn’t a big attraction to me.

I also knew a secret. I knew that the same retailers filled with door-busters that day would have similar or even better discounts the week before Christmas. Such is the nature of the season year after year. 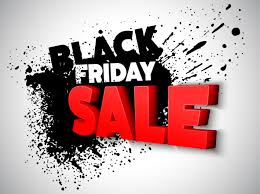 According to Wikipedia, “Since 1952, [Black Friday] has been regarded as the beginning of the Christmas shopping season in the U.S.” What most people don’t know is that it wasn’t the “busiest shopping day of the year” until 2003. The Saturday before Christmas regularly held that title most years.

If the new study from Market Track LLC is right, you might see Saturday, 12/23 reclaim the title as fewer people in their surveys say they will be out shopping Black Friday this year. Is this the end of Black Friday as we have known it? And if so, who killed it?

The easy answer is eCommerce. The article linked above is already calling it “Cyber Friday”. More people reported in the survey that they would be shopping online. The online sellers are no fools. Rather than give up on Black Friday and wait until Cyber Monday, they are going after the customers’ dollars all Thanksgiving Week and especially on Friday.

The other culprit is the big retailers themselves. In a quest to win the Black Friday customers, they started opening earlier and earlier until a bunch of them decided to do sales on Thanksgiving, which led to sales on Monday, Tuesday, and Wednesday, too. You do all that and you take away the frenzy of Black Friday. The problem is most employees only have Thursday through Sunday off. Twenty-five states actually have Black Friday as a government holiday. Start offering your deals Monday through Wednesday and you lose some of your customers. They figure they might as well go online since they can’t get out of work.

Some want to blame the media. News reports of fights and people getting trampled will dampen any crowd. The reality is that those stories don’t match the experience for most people since those events are few and far between.

Add it all up and you might think Black Friday is on life support. Before you pull the plug, however, think about this.

Twenty-five states still have Black Friday as a government holiday. Many corporations also give their employees that day off. That puts a lot of shoppers on the streets ready to get started on their Christmas shopping. Whether they shop online, in stores, Friday, Saturday, or Sunday doesn’t matter.

What does matter is one thing and one thing only—are you the store where they want to spend their money?

The big chains, in their race to the bottom to win the Transactional Customers, only have one tool in their tool box—the red markdown pen. You have a whole bunch of tools at your disposal to win everyone else, the Customer Experience being one of your biggest.

If you are a toy store you could have a whole bunch of toy expert stations with people ready to show off the hot, new toys and answer questions parents might have (many toy stores I know already do this earlier in November for Neighborhood Toy Store Day.)

If you are a clothing store you could have a fashion show with real fashion experts on hand to share tips and help people explore new wardrobes for everyone in their family.

If you are a shoe store you could have certified orthotic fitters on hand to do demonstrations and talk about foot health and the importance of proper support.

If you are a caterer you could partner with a local retailer and offer food to their customers creating a festive atmosphere for the shoppers that becomes a win-win-win for everyone.

There are many ways to win customers during Thanksgiving Week. You know already what the big box and online sellers are going to do. There are a whole bunch of people actually happy that Black Friday won’t be as mobbed with bargain hunters as usual. Go talk to them and show them how shopping at your store will be different, better, and tons more fun.

PPS Don’t read too much into your Friday or your Saturday numbers. Look at the week as a whole. The retail world is changing. Black Friday is no longer the sole focus of the week. But attracting customers hasn’t changed. Go find a way to capture your share of the market.